In Tuscany we eat, dance, sing, drink and party.

Over the centuries,
traditions have been preserved in the spirit of the community,
and they remain opportunities
for rendezvous and hand down.

We are waiting to tell you our history, our culture and our art.

Dulcis in Borgo is calling you…are you going to answer?

I am test text for Image with text shortcode.

The biggest Carnival in Europe, distinguished by the famous “floats” in papier-maché that dominate the parades. For a month, the city of Viareggio haults itself, people disguise themselves with costumes and music flows through the streets.
An unforgettable magic for adults and children fed by the passion and enthusiasm of people from Viareggio.

Tuscan excellence enclosed in a square, a few plastic chairs and large pots used with skill.
If you want to eat well, eat history, you must find a countryside festival.
The more the festival is small and little known and the more memorable your experience will be. Given the limited information available on the internet, we will guide you through this great puzzle of emotions. You just need to have a fork and a big appetite.

Centuries-old tradition that precedes and accompanies the procession of Corpus Domini.
The whole town meets on the streets from early evening until the first light of dawn, in order to give life to this beautiful and ephemeral art.
In fact, the following morning, these colored carpets will be swept away by the procession.
Video

Since 1688, on the eve of the patron saint San Ranieri, Pisa literally “lights up”. Tens of thousands of candles are lit throughout the city, framing monuments and creating an unforgettable game of light on the Lungarno. Right here the party ends with the great midnight fireworks display. 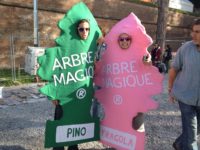 Born in 1966, over the years it has increasingly grown and today it is the second largest exhibition in the world in the sector.
A fair dedicated to comics, animation, games (role-playing, board and card games), video games and fantasy and sci-fi. But above all, a great gathering for cosplay that show off their well-finished and detailed costumes.
History – Useful Information – Video

We await you in Dulcis in Borgo from where, after a good night’s sleep in our peaceful medieval village and a hearty breakfast, you can start exploring these wonders.

Book one of our rooms and we will be your advisors and guardians. 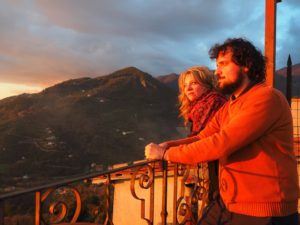